What a week it was!

Last Monday, 1 July, DD and Younger Grandson had to come to “the big smoke” to see a cardiac specialist.Tests were done and the all clear was given! Hurrah!

On Wednesday, after seeing the specialist, WM, DD, YG and I headed north for a few days with the family to celebrate YG’s birthday. Little did we know the trip would take nine long hours – we arrived just before 1:30am! Just as well I had thought to ask SIL to collect our room key for the motel so we wouldn’t disturb the owners with our late arrival!

Thursday is the day the boys attend Day Care, so we three adults spent the day near the beach. The sun was shining but it was very windy. This is a view of Back Beach from the headland. 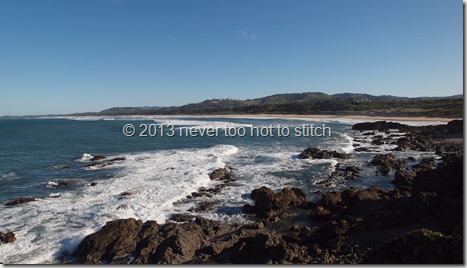 We saw some dolphins playing near these rocks but WM was unable to get a photo. 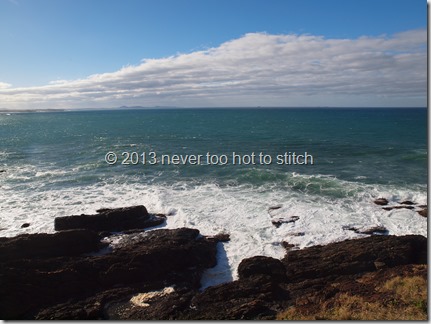 We tried to spot whales but we just didn’t see any. DD and I had almost given up and taken shelter in the warmth of the car when WM informed us that a whale had been sighted by a local who had told him where to look.

With renewed enthusiasm, we braved the cold – I wore WM’s fleece pullover which was in the car and DD wrapped herself in a small quilt (as best she could). At first we thought we were just imagining things but then we saw a whale breach! Wow! How exciting! WM wasn’t fast enough with the camera for that event but he did manage a couple of photos. 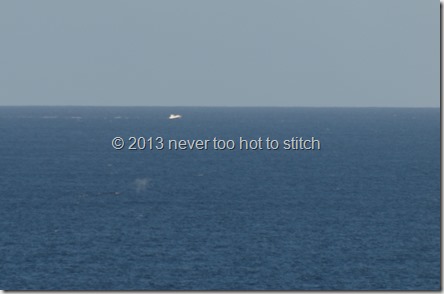 What do you mean you can’t see anything? How about this then? 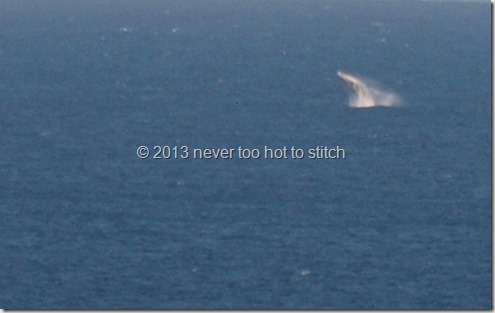 We spent Friday with DD and the boys. We had a picnic lunch in the park near the playground. In the evening we went to SIL’s parents’ place to celebrate Younger Grandson’s birthday. There was food and drink and conversation but the most important thing to the little guys was this (made by their other grandmother): 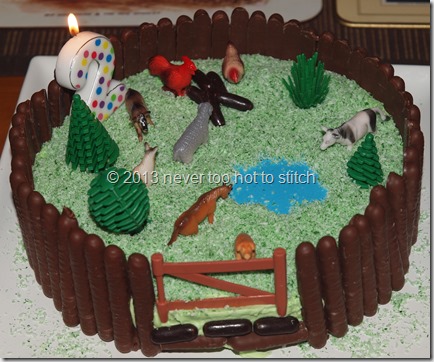 YG wouldn’t blow his candle out so OG lovingly obliged! 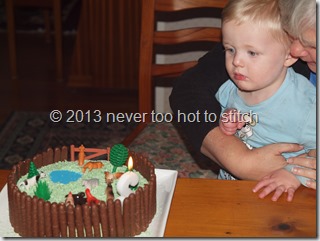 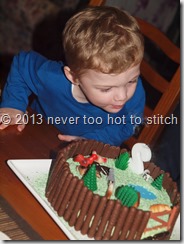 On Saturday, WM and I went whale-spotting before heading out to DD’s again. Much to our surprise and delight, a humpback whale swam in much close than the ones we had seen two days previously. Taking photos is always a challenge – especially with a big lens and no tripod – but the memory of that whale just a few hundred metres away will stay with us for a long time! 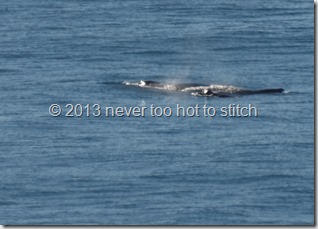 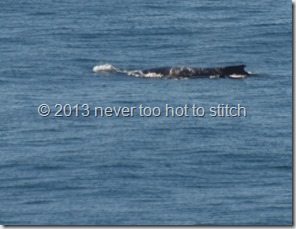 In the early afternoon, WM and I had some one-on-one time with OG while YG had a nap.

Later WM took YG to the playground near the beach for some one-on-one time. 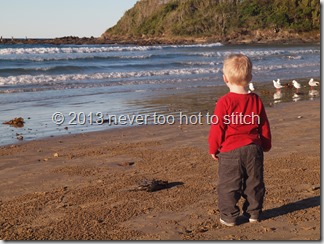 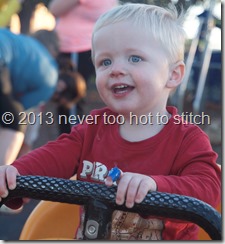 OG was given the chance to go too but he chose to stay at home! He likes to play games on the iPad, especially if it’s Grandmum’s iPad not mummy’s! 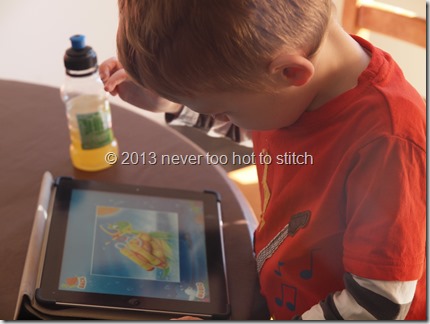 While DD was preparing dinner, OG helped Grandmum with her hand-stitching. Just look at that concentration! 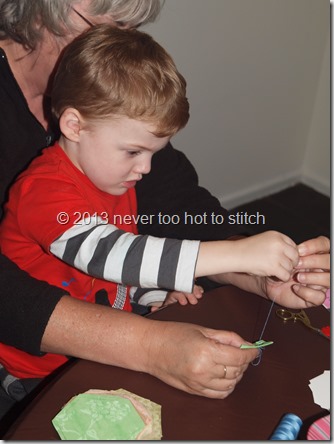 All too soon our wonderful few days were over and it was time to make the long trip home.

Roll on October – I miss my grandsons already!
Posted by Lynne at 5:05 pm