Today I am linking up with a very exciting concept - thanks Vicki (2 Bags Full) for initiating this. 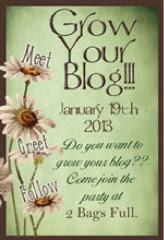 My name is Lynne. I started my blog in January 2007 because my friend had one and it sounded like fun! Unfortunately my friend has been lured away from Blogland by little tweets but I'm still here - six years later.

When I started my blog, it was called "Too Hot to Knit? Never!" I was, and still am, an avid knitter. I knit almost every day, regardless of the weather. My mum, who taught me to knit, considers knitting to be a private, winter-only activity but I must be a bit rebellious -- I knit in public and I knit all year round (even if it is 46.5°C -- 115°F -- outside like it was on Friday 18th January.)


In March 2010, I went to a craft show with my DD and my then three-week-old Older Grandson. One of the sewing machine companies invited people to "make a block for Haiti" -- DD and I both did and we were hooked. 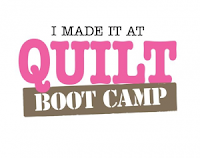 I used to sew my own clothes back in the seventies and eighties and have owned a sewing machine since I was seventeen. It was nice to use one one of these quiet, fast machines. DD has had a machine since she was nineteen but has hardly touched it. 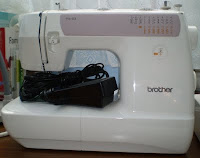 We came home from that craft show so excited and a week later were at the chain store buying fabric for our first quilt -- a floor mat for Older Grandson to protect the carpet from his inevitable spills. We didn't know how much fabric to buy - so we bought one metre of seven colours: that's right -- seven metres of fabric for a one square metre of quilt! We had very little idea of what we were doing but we were enthusiastic -- and cut 2.5" strips with scissors! The top was finished that first weekend but we had no idea what to do next! 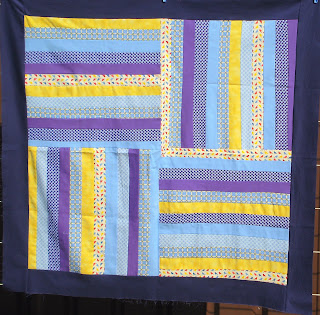 Fast forward a year, and another caft show, and we met a lovely quilting teacher called Elizabeth. She invited us to join her "sit and sew" classes -- they were right over the other side of the city, an hour and half's drive away, but did that deter us? Oh no! In the first class, which fortunately went from 10am to 4pm (consdering the time taken to get there and home again), we basted and began quilting that first top! In the next couple of weeks I had the quilting (in the ditch -- very slowly) finished and the binding on -- our first quilt was done!

During that first class we also worked on a layout of blocks we had made following instructions on Elizabeth Hartman's Oh Fransson website. The quilt was called "Modern Sampler", the link will take you to the updated pattern. This quilt was made from the same seven fabrics (with the addition of five more for added interest; you'll notice we left the two yellows out of the final quilt). 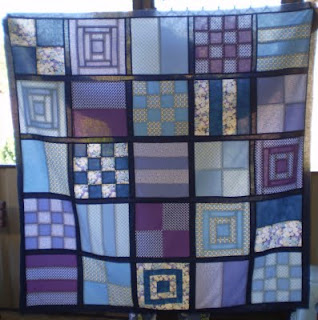 We even had enough fabric to piece the backing! I am still using scraps of that fabric in my scrappy quilts.

And so it came to pass, that my blog became "Never Too Hot to Stitch". I also dabble in embroidery, hand-stitching (paper piecing), counted cross-stitch and crochet. As my blog description says, I am an "Australian knitter who is learning to make quilts". I've also been known to talk about my family, in particular WM (Wonderful Man -- my husband to whom I have been married for 35 years), our only child (DD) and our two grandsons.


If you're new here, welcome -- feel free to look around.
And if you're already a regular visitor -- welcome back. I'm really honoured that you would visit my blog.
To all of my followers, thank you. I really appreciate each and every one of you.

Pull up a chair, let's take some time to stitch and chat!
Posted by Lynne at 6:00 am