I have finished the course that kept me away from blogs and crafting for three and a half weeks. I know many of you out there won't believe me, but the course was life-changing and I will never be the same!

Now my DD has started the course, so for the next three weeks, except on weekends, I will be looking after my two grandsons while she has her life changed! Consequently, there may not be much time for blogging or crafting in the next twenty four days or so.

In between my course finishing on Tuesday and her course starting yesterday, I have managed to read all the blogs I follow – up to their posts of 3 August. Some blogs I have read beyond that but I am working through them slowly and systematically and, thanks to that wonder called iPad, I will get there eventually.

I don't want to disappoint the followers of this blog. It's a craft blog and you come here to see some stitching - right? So stitching you shall see…

During the period of the Olympic Games I did manage to frog two items for the Ravellenic Games. However, I never got around to adding them to Ravelry, and it's too late now so I didn’t qualify for any medals.

Nevertheless, here are the before and after photos of the Infinity scarf which I frogged because I thought the yarn was too dark to show the lace pattern well and, being pure wool, it was a bit to scratchy for being worn around the neck. The picture on the left is the true colour. 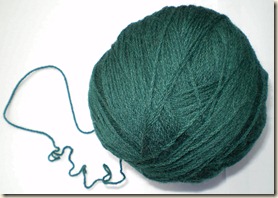 And here are the before and after photos of the pilchers I knitted when DD was pregnant with Older Grandson (who is two and a half today -- where does time go?). She was sure that she would be using cloth nappies but convenience won in the end and she used, and still uses, disposables. Neither of my grandsons would have got their thighs into that tiny leg hole, now I think about it! The pilchers were frogged and the yarn will be dyed and made into something else –– some day. The picture on the right is a truer colour. 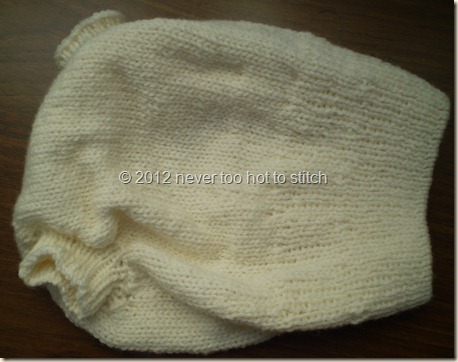 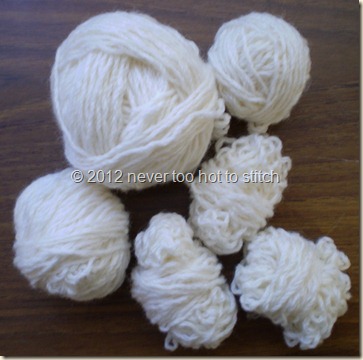 The eight pieces that were my bag are now just three pieces. I have to bind the corners and base of the bag (the hardest part of the job I believe), then I can sew on the last two pockets, one on each side and the bag will be done. Hopefully I will have it finished by the end of the month since I only ever seem to work on it in class. 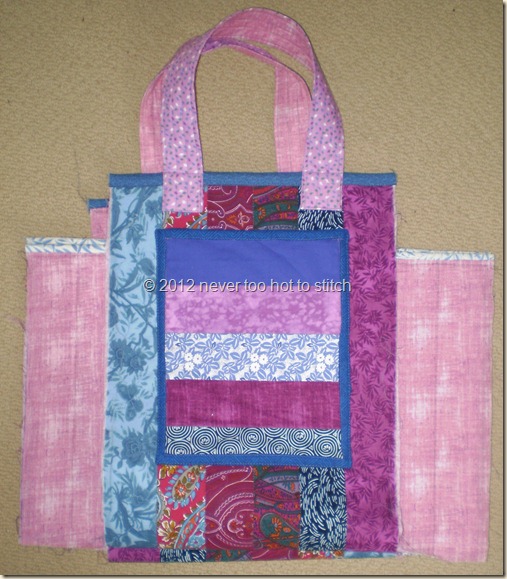 Speaking of classes, last month I teased you with this and asked you to guess what it would become. 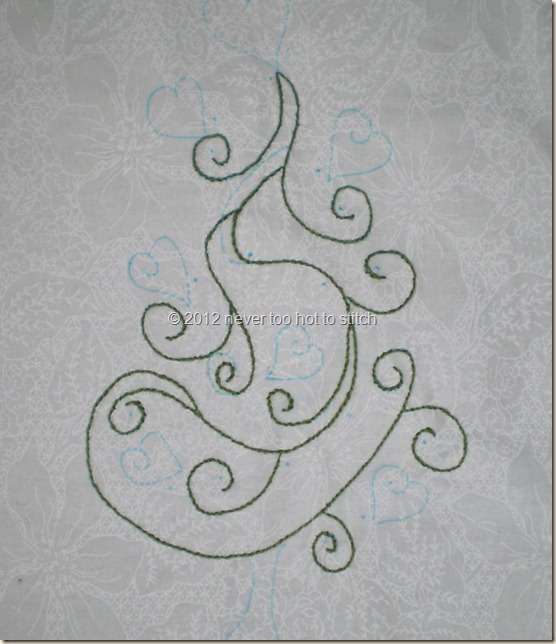 Here is the finished article. I love those little colonial knots! 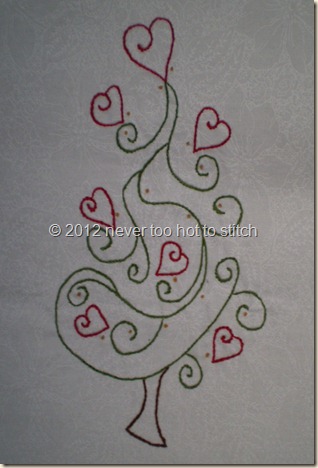 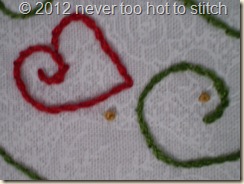 It is part of a triptych. The second one was started last week. (I know it needs ironing but I don’t want to set that wash out pen!) 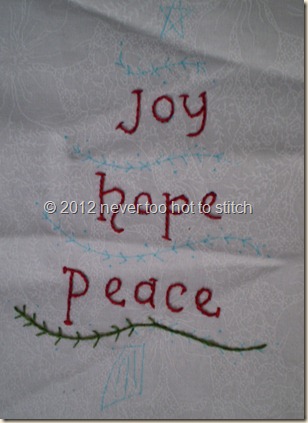 I'm sure I’ll have all three finished and bound in time to decorate our house this December. (What’s that? Christmas is less than nineteen weeks away? Get outta here!)

I’m off to prepare for the arrival of my grandsons (yes, I did remember to move that glass-topped coffee table out of the living room).