a finish and two WIPs – all knitting

I mentioned in my last post that I had started a new project, even though I had determined back at the beginning of July that there were to be no more new projects until I turned some of my WIPS into FOs. But I needed to purchase some yarn (as mentioned in my last post) to keep working on my Intarsia Blanket. My other UFOs involved stranded colourwork techniques, or working with sock yarn and small needles, neither of which I felt like doing. So I cast on a simple garter stitch shawl in 10ply (worsted weight) bouclé acrylic yarn on 5mm (US 8) needles. This was my progress on Wednesday afternoon. 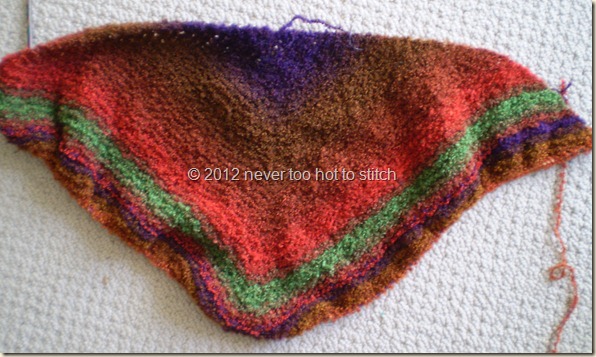 As for the Finished Object -- I showed this cowl at the Knitters’ Guild meeting on Saturday. I actually finished knitting it on 24 July but the cast off was too tight so I unpicked it and redid it (a few days later). I finally got around to sewing the ends in at The Guild meeting, just before Show and Tell (one of my favourite parts of the meeting). The photo on the right, which shows the detail of the stitching, is more like the real colour. 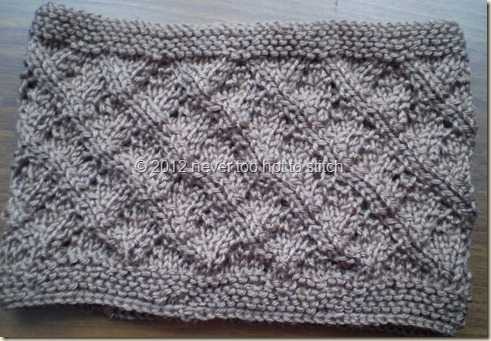 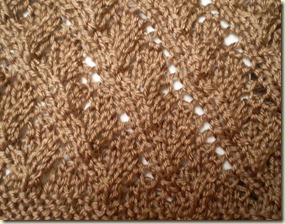 The pattern is Cowl de Printemps by Jeni Chase (Ravelry link). The yarn is a sadly discontinued tencel/acrylic blend which is oh-so-soft, perfect for items that will be worn around the neck.

During the Guild meeting, I worked on the Never-ending Intarsia Blanket I started in November last year. It has been knitted on and off, depending on the weather and my mood – each row takes me twenty minutes to knit, that’s an average of just eleven stitches a minute, which is slow for me, but I have to stop to add a new colour at least once (and usually more) each row, plus weave the ends in. Some rows are faster than others, but twenty minutes is average!

When I last showed you the blanket at the beginning of July, it looked like this. 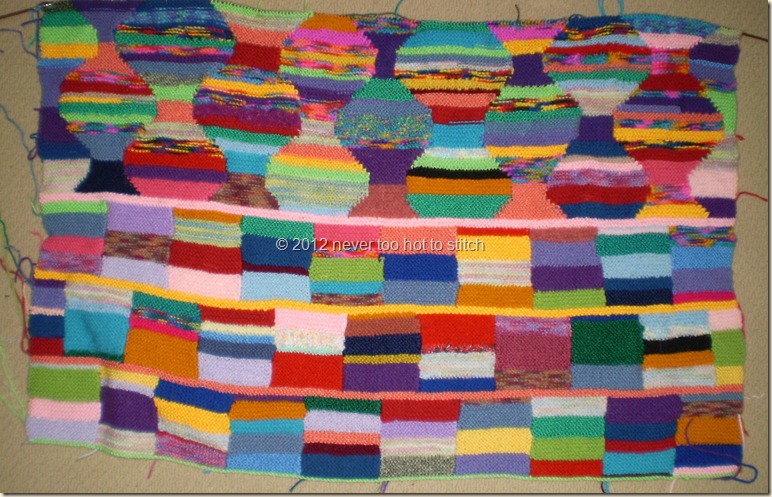 Anyway, enough of the statistics, the blanket now looks like this: 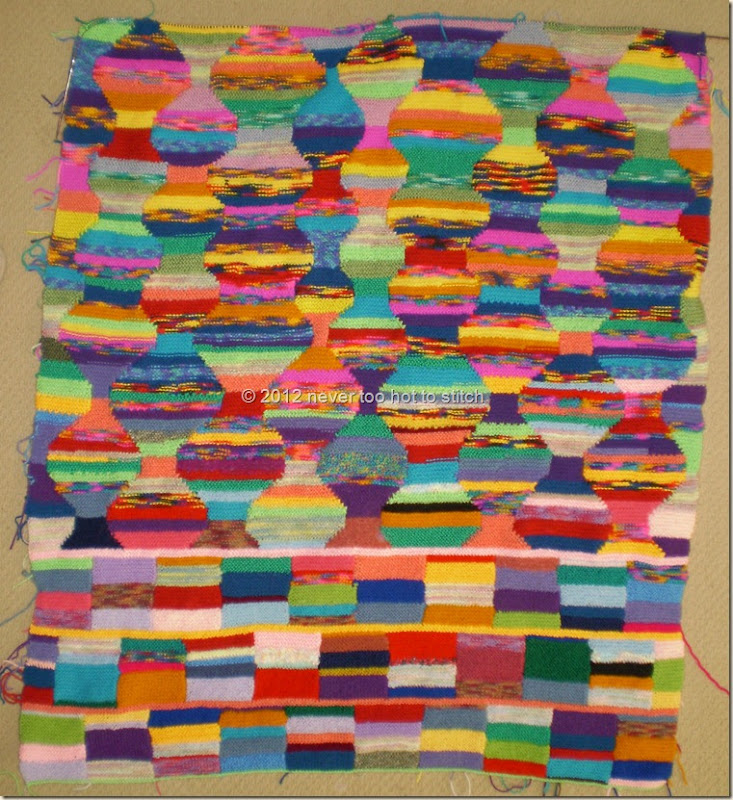 As you can see, I really did need to get some more red in there!

It’s the kind of knitting that gets people’s attention, even at a Guild meeting!
Posted by Lynne at 10:04 am