“A picture paints a thousand words” so I hope this gives a small indication of our time away from home (in Australia, we call this ‘holidays’). Warning: as the title suggests, this is a photo heavy post.

We spent a weekend catching up with friends that we haven’t seen in seven years, except for DD’s wedding and my dad’s funeral. They live in a small town called Bellbrook, a community of 360 people. We spent most of our time talking but WM got up early and took some photos. Here is a photo of their house and part of their 18 acres. The second photo is taken over their dam as seen from their back patio. 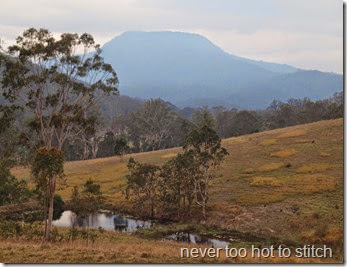 We spent a few days with my mother – she spends most of her time reading. 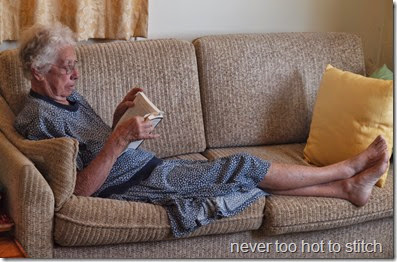 WM did a few small jobs while there; including getting up on the roof and turning on the evaporative air cooler. Can you see him up there? 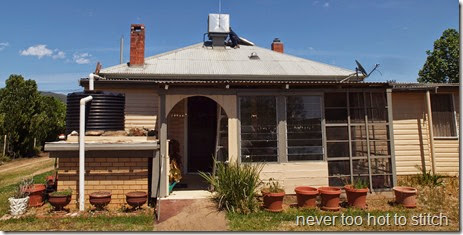 From mum’s, we drove east to the coast, passing through the town of Grafton the weekend they celebrated the Jacaranda Festival. I took these photos out the front window while WM was driving. Jacarandas are an imported species; the tree with gold flowers in the first photo is Grevillea Robusta ( common name: “Silky Oak”) which is an Australian native. 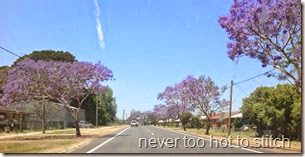 Our ‘real’ vacation began when we took possession of a beachside cabin at Woolgoolga, just a few minutes drive from DD’s home. 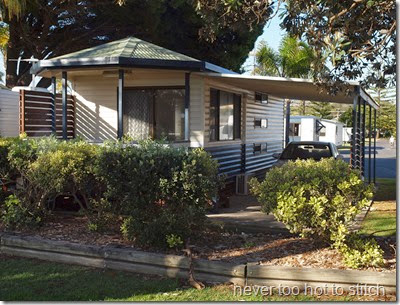 This was the view from our front veranda early one morning: 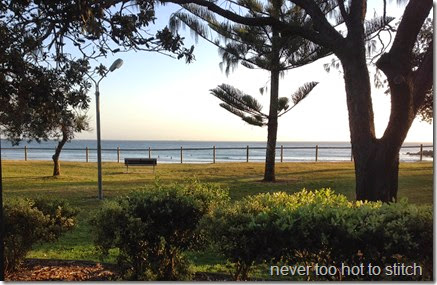 We had lots of walks on the beach.

Both grandsons were fascinated with these little balls made as the sand-crabs made little holes for themselves. 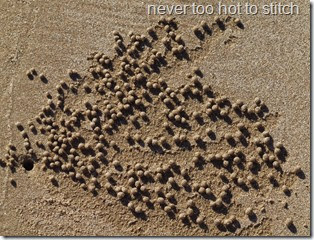 The seagulls didn’t take any notice of us – unless they thought there might be some food on offer! WM took a great photo; I love the reflection. 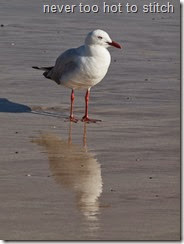 We went whale spotting up on the headland and were rewarded with seeing whales every day. The whales were travelling south; returning to the cold waters of the Antarctic Ocean after going north for a few months to while away the winter in warmer water. The return journey is usually slower and more in-shore, given that there are calves to be taken care of, and therefore better for whale spotting. 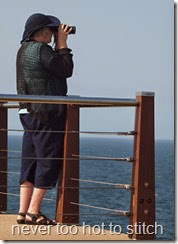 They were much further out than WM’s camera could capture so don’t expect professional photos.

The first indication that there is a whale is the sight of a spout as they surface to breathe. 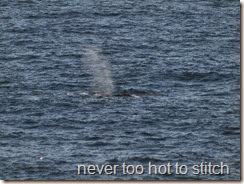 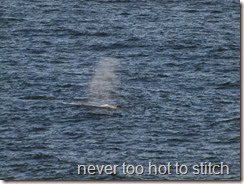 Sometimes you catch a glimpse of some body part out of the water, like this faraway tail! 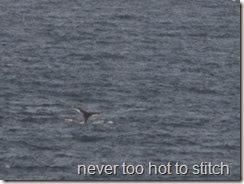 And sometimes, they jump out of the water. We saw several whales breach but they were always too far away to get a clear photo. This was WM’s best shot of a humpback breaching. 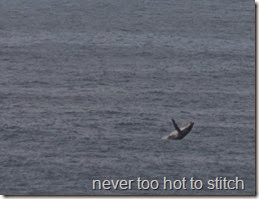 Our best experience was when a mother humpback and her calf came in relatively close to the shore. They were close enough that, with the onshore wind, we could hear the mother slapping the water. 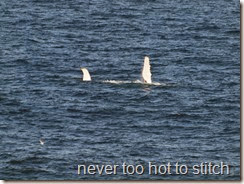 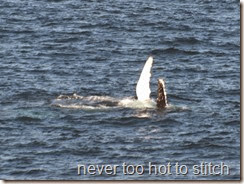 On our final day in Woolgoolga, we made Christmas puddings. Both boys love to cook so they were very excited when we arrived at their house. “Did you bring the ‘gredients?” was our greeting!

Our Christmas puddings have threepences in them; an old English tradition from my mum’s family. Threepences are part of Australia’s pre-decimal currency – they contain a large amount of silver so don’t harm the food as modern coins would. These photos show some members of the family throwing their threepences in (and making a ‘wish’). Next year we’re going to add the threepences to the dry ingredients to make it easier for the boys to stir. 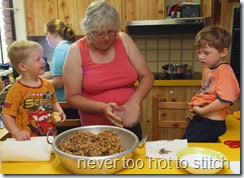 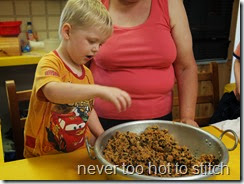 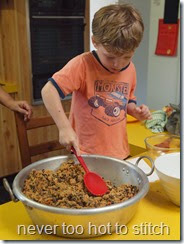 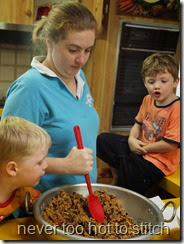 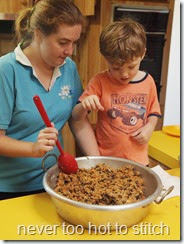 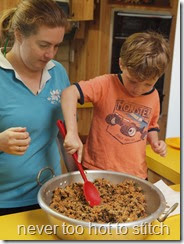 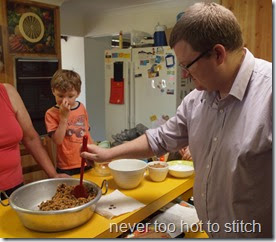 SIL came home from work just in time. We ended our holiday/vacation with a family lunch at a popular tavern nearby which has a great play area for the kids – it was much more crowded than we expected; we forgot it was Halloween (a ‘tradition’ that is only just taking on in Australia) and celebrated here mostly for fun and dressing up in ghoulish costumes!

WM and I had a good trip home. With the boys, the trip is nine hours; we did it in seven and a half!

I’ll leave you with one of my favourite photos from our holiday – Younger Grandson doesn’t usually wear his hair like that; we’d just come in from the beach and Grandad had towel-dried it! 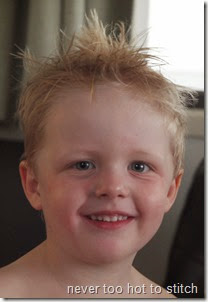