2013: The Year of the Finished Project -- December edition

Well, here we are -- the final post for 2013. There will be one more post, on January 2, to rap up the year. But, for now, we will focus on November goals and publicly state those we have for December.

Because of my commitments to making (or helping make and distribute) blankets and quilts for victims of the bush-fires in the Blue Mountains, west of Sydney, I actually put my own projects on hold for seven weeks so didn't have any goals to work towards in November.

I attended Caring Hearts Community Quilting Group's final meeting for 2013 today and learnt that, as a group, we distributed 168 quilts to children who lost everything in the fires. Our group didn't make all the quilts, many (the majority) were donated by good-hearted quilters from all around the metropolitan area. I also know that so many blankets were donated that requirements were exceeded and one large, well-known charity had their delivery refused! 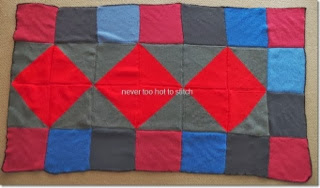 My own personal crafting time during November was spent knitting this blanket: 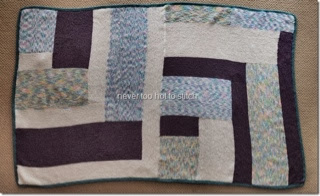 Knitting is time-consuming so I don't have anything else to show for the seven weeks of my absence from 2013: The Year of the Finished Project.

December will be even busier for me than usual. My sister, who became a grandmother for the first time this year, had an idea to get the extended family together on Saturday 14 December. Although its likely to be a seven hour journey for us (after WM works all day Friday), how could I refuse to attend? On top of the other madness that December brings (including our wedding anniversary two days ago), a weekend away is not really want we had in mind.

DD, SIL and our grandsons will be there for the weekend and then coming back here to spend a week with us. The following weekend we have two family Christmas parties -- one for my side of the family and one for WM's extended family (about 60 people if they all attend)!

What does all this have to do with 2013: The Year of the Finished Project, you may ask.

Simply this, my crafting time this month is to be severely limited so my December goal list is necessarily short.

1. Knitted Patchwork #2 blanket -- get it finished 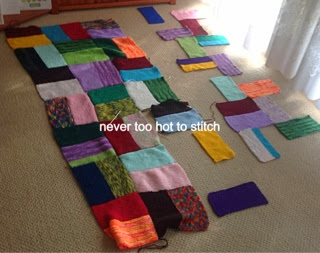 I have 12 half squares to knit then a large amount of seaming and sewing in of ends to do, followed by a border of some kind. I plan to have this one done before we go away for the weekend.

2. Scrappy Diagonals quilt -- get it finished (photo shows one row)

I started the month with all the rows done and sewed into pairs (and one triplet). I'm pleased to say that, at the time of writing, I have only to cut fabric for the binding, make a level, attach the binding and label and hand sew the binding down. I hope to have this one done tomorrow!

3. Hearts quilt -- get it finished (the photo shows two of the thirty blocks) 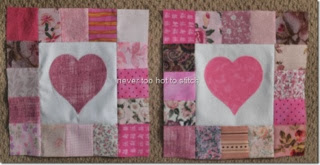 I have completed all the blocks and am now considering whether to turn it into a "quilt as you go" project, or to make a flimsy, baste and quilt in the normal fashion! There are, as I'm sure all you quilters know, pros and cons for both!

4. Westall Cardigan (for me)
I would love to see this finished but it's a low priority compared to the other projects I have in progress.

5. Notebook Covers (Christmas gifts for my class mates)
I always seem to leave this till the last minute as I can never decide what to make. I'm almost settled on notebook covers as seen on Samelia's Mum blog. I will make them all on Saturday -- or something else I can do quickly because I need 12 by Monday 16th!

Once DD and family go home on 23 December, I will have the rest of the month except Christmas Day, Boxing Day and the weekend, to myself because WM will be at work. If I complete all my other projects, I plan to work on these: 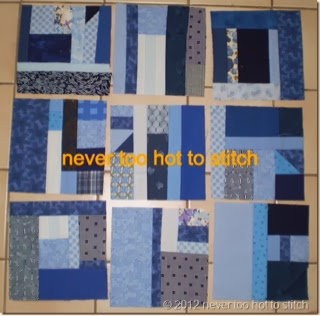 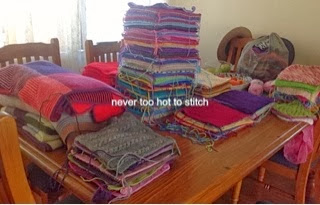 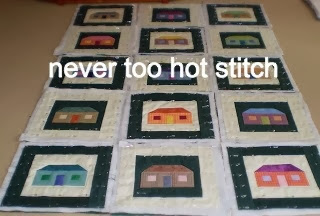 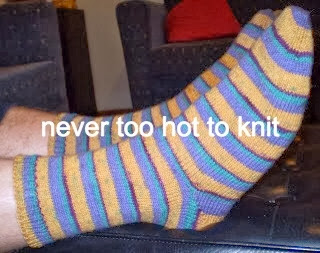 That should keep me busy enough!

What about you?
How did you do with your November goals?
What, if anything, do you planned for December?

Please link up here with the URL of your specific blog post so we can all visit and see want you've been up to and want plans you have for this final month of 2013.