DD, SIL and the two grandsons arrived here in the evening of 4 October. DD and SIL left again at lunch time on the following day to fly to Adelaide. They were joining other members of SIL’s family (his parents and sisters) for a three day trip crossing Australia from south to north by train.

It was a long weekend here (Labour Day) so WM was home for three days. His mother, my wonderful MIL, visited on the Tuesday and stayed for several hours, so I only had one full day (Wednesday) with the boys on my own! I vacillated between calling them “darlings” and (lovingly) “the hooligan and the terrorist”!

It took Younger Grandson a little longer than Older Grandson to adjust to the routine and rules of living in Grandmum and Grandad’s house but we all survived!  DD and SIL were picked up at the local railway station at 10pm last Wednesday and the family left late on Friday morning.

We will see them again on 14th December when the extended family gathers for Christmas, a little less than nine weeks from now.

In the meantime, here are some pictures from our week. 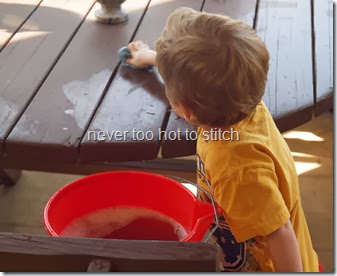 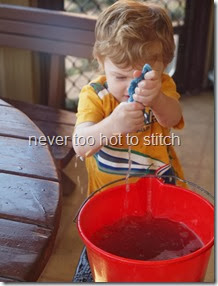 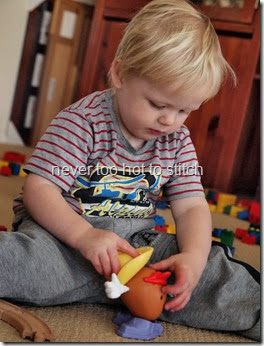 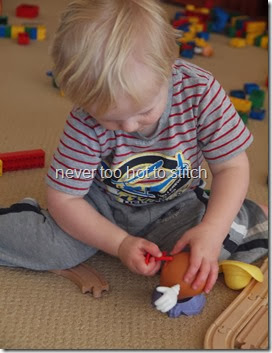 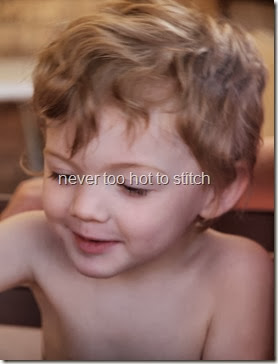 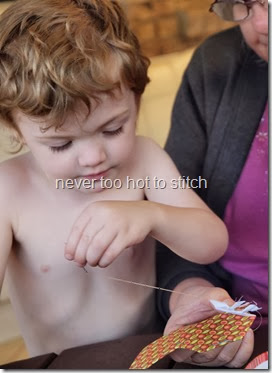 Younger Grandson did some stitching too (using a tapestry needle to join knitted rectangles) but, unfortunately, WM wasn’t around to take photos. 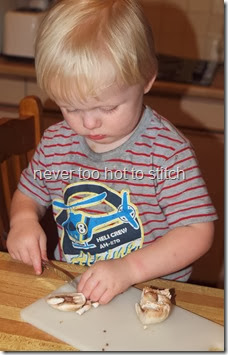 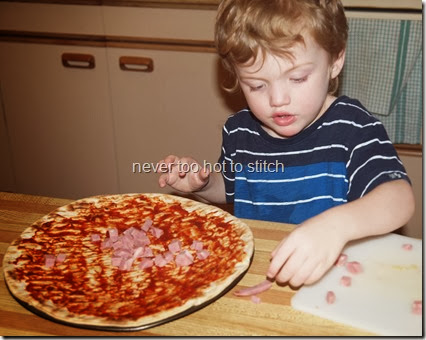 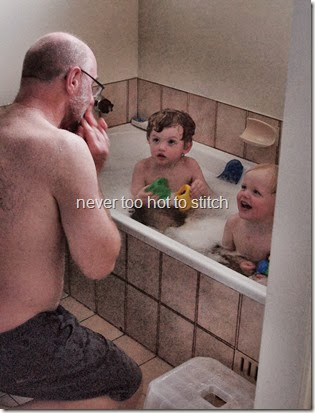 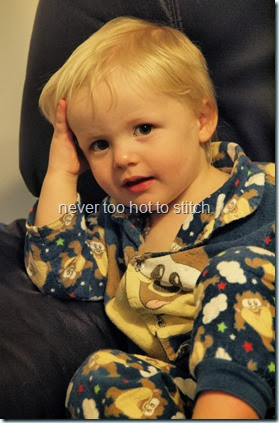 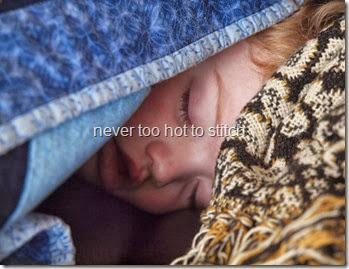 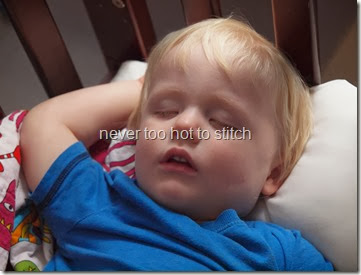