I have been busy this past week. My mum arrived on Friday 22 June to stay with us for a few days. 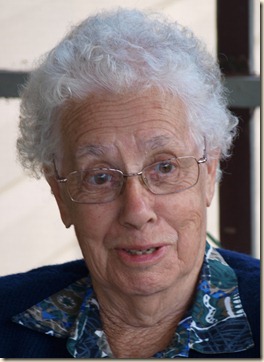 On the Saturday we visited my brother and his family. 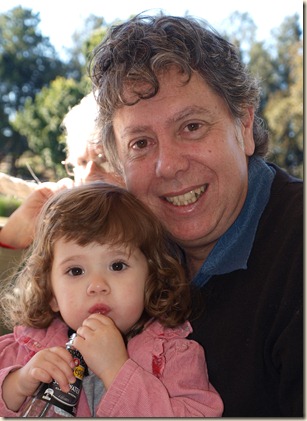 On the Sunday WM and I celebrated Younger Grandson’s first birthday with mum, MIL, DD, SIL, Older Grandson, Younger Grandson, DD’s bestie (the boys' godmother) and SIL’s two sisters.
On Monday I went to my sewing class (mum stayed at home and enjoyed the peace and quiet), then took mum shopping in the afternoon. 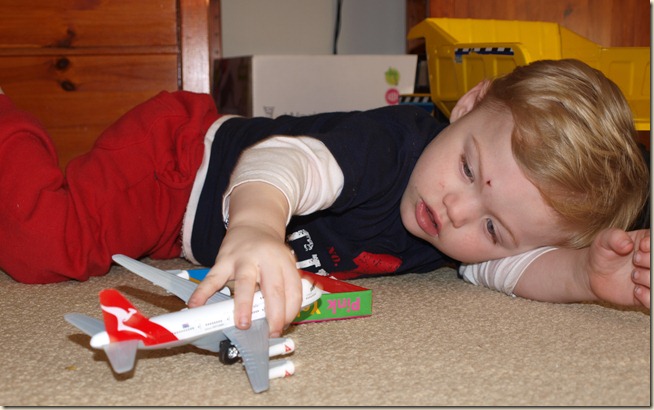 We stayed up late on Monday, Tuesday and Wednesday nights watching the tennis. WM and I don’t have pay TV so we can only watch the tennis while it’s on from 8:30pm. I taped Lleyton Hewitt’s game on Tuesday night and we watched it on Wednesday morning before the family arrived. The Australian tennis players didn’t do very well this year; all but one was out in the first round, and Sam Stosur, who won the US Open, was defeated in the second round. Very disappointing.

Meanwhile, I have been knitting. I finished mum’s socks but she wouldn’t model them for me.

She only tried on one but she says it fitted perfectly!

I have also been knitting on the other one of these.

And this morning I cast on a cowl to knit while on the train, taking mum to Strathfield station to catch her Countrylink train. I plan to get it finished while watching the tennis tonight. It’s hard to concentrate on turning a heel while watching tennis so the socks will have to be a non-television activity, at least until the heel is done.
Posted by Lynne at 4:01 pm