After the "insect attack" which was the subject of my last post, I realised that I had underestimated how many stitches I ripped out! I think it was more like 60,000! 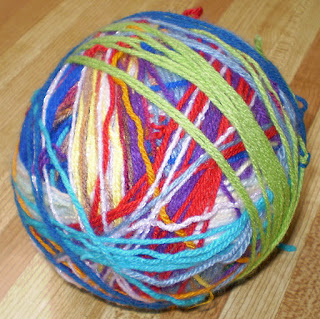 Or 900 metres (984 yards).
But there is light at the end of the tunnel; some of it now looks like this:﻿ Or, to give you a better idea, here is a close up of what I have been working on for three days (most of the ends are woven in during the knitting process - sometimes I forget!): 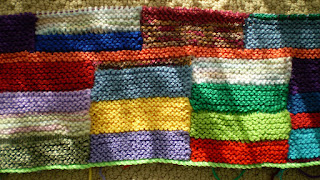 An intarsia rainbow at the end of the frogpond!
Posted by Lynne at 5:23 pm