autumn in his garden

I used to garden; I think I quite enjoyed it. But gradually, WM took over and now the gardens are his domain. The backyard is anything but child friendly, containing no lawn and a lovely fishpond. The rest is garden or paths or paving or swimming pool or shed.

Lest that sound awful, his garden is quite pretty. And as the first month of autumn draws to a close, there are signs that the season is changing.

We have a temperate climate, so autumn leaf colour is not spectacular. The weeping cherry tree merely turns brown and sheds its leaves covering the struggling black mondo grass. 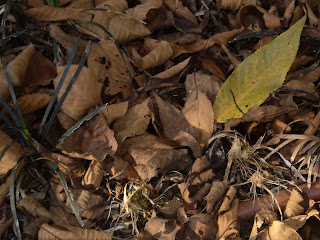 The Senkaku maple is just beginning to turn. 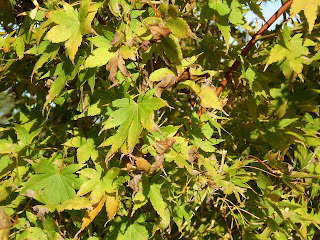 This photo was taken a couple of hours after these poor camelias took a battering in Wednesday afternoon's thunderstorm... 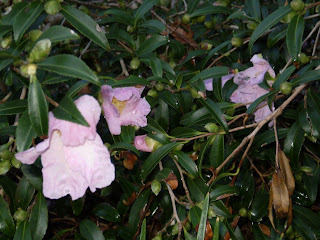 ....as did the miniature roses. I think this one is called "Blizzard". 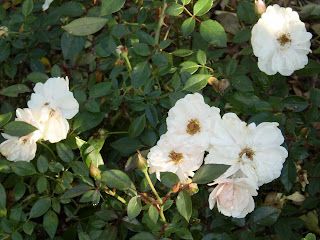 The Japanese anenomes are taking over the area outside my study window - there are dozens of flowers and hundreds of buds. 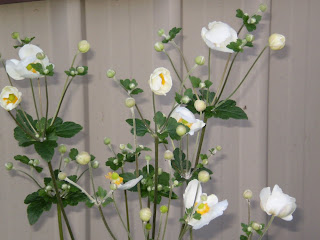 There are drifts of these crocuses all over the yard. I love the sunlight shining through this patch near the fishpond. 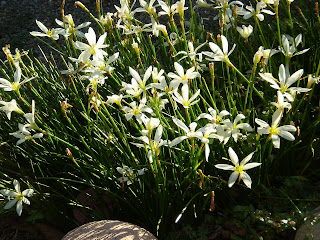 This poor azalea is confused - it thinks it's spring already! (WM better look carefully at those leaves - they don't look well.) 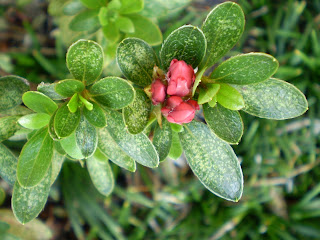 Out the front, the garden is planted in Australian natives. The fan flower is about the size of my thumbnail. 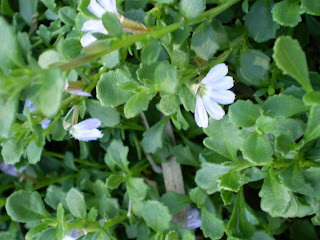 This is the flower of a smallish shrub called melaleuca thymifolia. It may be called that because it has very small leaves like the herb; it certainly doesn't smell like thyme. 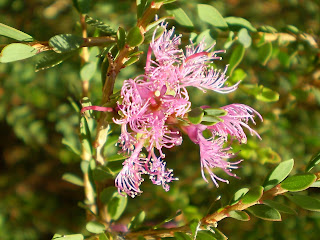 And finally, a newly emerged kangaroo paw with the afternoon sun shining through it. 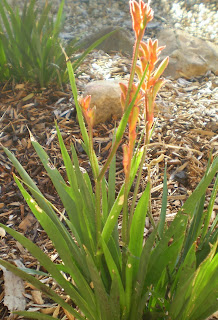