Today is ANZAC* Day. It is the day we commemorate all those who have served in wars.

Probably the most often told story when I was a child was that of "Simpson and His Donkey". Simpson served at Gallipoli in 1915. 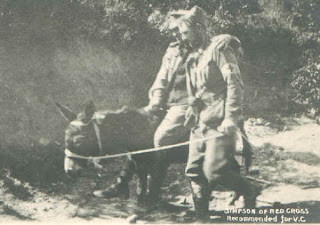 Here is his story as told briefly at anzacday.org.au

Simpson and his donkey became famous among the Australian soldiers at Gallipoli because of their bravery. Day after day, and week after week Simpson and his donkey would wind their way through the hills and valleys looking for wounded soldiers. Even though it was very dangerous, Simpson would crawl on his belly and drag soldiers back to safety. He would then put the injured soldier on the donkey’s back and lead him down to the beach.

One day Duffy came down to the beach with a soldier on his back, but without Simpson. Simpson had been killed trying to save another soldier. The donkey somehow knew that even though his friend was dead, Simpson would have wanted him to take the injured man to safety.

To the memory of John Simpson Kirkpatrick and other fallen: lest we forget. 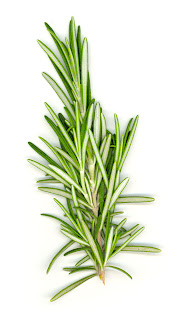 *Australian and New Zealand Army Corps
Posted by Lynne at 8:58 am