Something Old, Something New – March 2014

How did you go with your goals in the shortest month of the year?

I thought I was on track but then WM and I went to visit an “open house” (we weren’t really expecting to buy) and we “fell in love”. The photo shows the western side of the house where all rooms have doors opening onto the “deck”. That first door (on the left) is the main bedroom, then moving towards the right: the door from the secondary living area, the window from same, the window from main living area, the door from same, and (just showing through the trees) another window from the main living area. What you can’t see through the trees is the door from the second bedroom. The view is across crown land into the national park. Those plants are on our property and in the bottom right corner you can get a glimpse of our swimming pool. My sewing table will be near the window of the secondary living area (or at least that’s what I have planned) 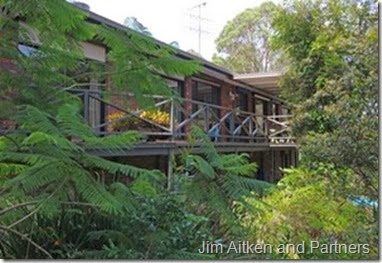 That, of course, meant that we had to put our house on the market. The real estate agents advised us to get rid of all the clutter and to keep the house like a show home – which we did, but it meant that sewing has not been an option because I make two much mess and have too much clutter around me! The photo shows my living room and piano as they’re rarely seen! 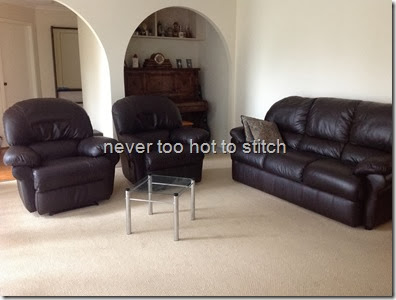 My goals were to bring my Country Houses quilt up to the point of binding and to learn how to foundation piece.

The foundation piecing nearly didn’t happen either. I knew that we would be doing this technique in class when we resumed at the beginning of February. What I didn’t take into consideration was the procrastination of my class mates. The first week the teacher explained what we would be doing and showed us a bag made from four sample blocks. The second week she gave us pictures of the block layouts. We were to look at them and decide what we wanted to make by the third week. In the third week, we told the teacher which blocks and how many of each we wanted to make, so that she could bring the foundation papers necessary in the fourth week (which was last Monday).

Only two of the five students who were “playing along” came to class prepared to make the first block. The teacher gave a demonstration and then the two of us who were ready began to sew. Well, I would should say, I began to get ready to sew. First I had to select fabrics from my pink scraps (that was the colour of the month at the Rainbow Scrap Challenge), then iron and cut them. Then my sewing machine played up and I had to unpick the “loops” created on the back of the fabrics where stitches should be. Then my bobbin thread ran out. Finally I got some sewing done but there’s not much to show for a three-hour class (the demonstration didn’t begin until the end of the first hour). 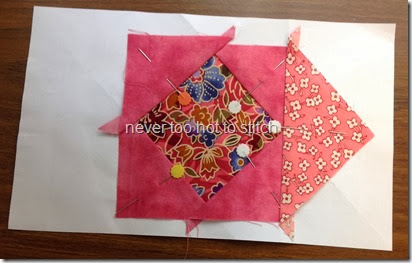 However, I also learned another new technique the week before that. Knowing that we wouldn’t be doing foundation piecing, I asked the teacher to show me how to piece curves (also pink for the same reason). 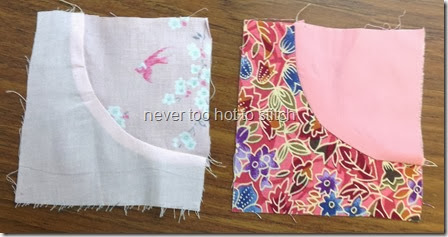 I’m linking this post with the ScrapHappy Saturday for the Rainbow Scrap Challenge hosted by Angela at SoScrappy blog.

For March, my “Something Old” plan is to get the Country Houses quilt moving forward and, because I’ve only had one lesson on each of these new techniques, my “Something New” will be to continue learning about Foundation Piecing.

What about you?
How did you go in February?
What are your plans for “Something Old, Something New” in March?

Link here with the URL of your blog post.
Don’t forget to pop into some of the other blogs and see what others are doing for this challenge.