I have not been well

Last Saturday, DD and the Grandsons visited. Both the boys had runny noses, Older Grandson was more obviously sick than Younger Grandson. But that didn’t stop him from getting into his usual mischief (he’s a two year old, very active boy). He was, however, more sooky than usual.

On Sunday night, I didn’t sleep well. My nose kept blocking and I couldn’t stop sneezing. On Monday I blew my nose all day long. By Monday night the cold had infected my sinuses and I thought I had partially inflated balloons inside my face!

As a consequence, not a great deal of anything has gone on here. A lot of time in front of the computer or the television. And a fair amount of time in bed – some of it sleeping, some of it tossing and turning!

During the week I missed two of my favourite monthly activities: a full-body massage and an embroidery class!

I have watched a lot of television, including the movie Finding Neverland, which I recorded when it was on during the day a couple of weeks ago. I have never seen the movie and really enjoyed it. I think Johnny Depp gave a sensitive, understated performance (unlike his characters in Pirates of the Caribbean, Charlie and the Chocolate Factory or Alice in Wonderland where he is completely over the top!). I don’t think I would watch the movie again for a very long time, if at all, because the magic of it would be lost in having seen it before.

I have done some reading – mostly of knitting reference books or quilting magazines. Last night I began Mao’s Last Dancer. I have not seen the movie and have only read the first two chapters so it’s a bit early to know what I think, although I have to say I really enjoyed the author’s description of his mother’s feelings on her wedding day.

I have snooped around Ravelry and added a couple of real life friends to my Ravelry friends! How extraordinary that they weren't already there – sorry R. and S. I discovered recently that I enjoy reading the notes my friends leave on their project pages – am I too weird?

I have done some knitting almost exclusively on a blanket which I will donate to a local animal shelter. I don't think the yarn is suitable (in colour or texture) for anything else. The yarn is Patons Cedar long discontinued, a pure wool boucle yarn that has no indication on the ball band as to needle size. I contacted a seller on Ebay who had a 1972 pattern for sale (thanks putney32); she says the patterns are knitted on 3.75mm (US 5)  needles which I find quite surprising as it is much thicker than DK yarn due to it's bouclé texture. I am knitting on 4.5mm (US 7) needles and it still gives a rather dense fabric, which is okay for blankets but a bit stiff for a jumper (sweater). 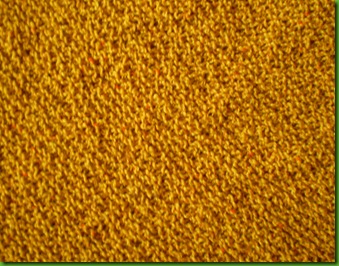 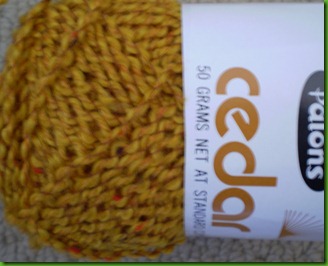 I estimate I have about four hours of knitting left to finish the blanket which will be about a metre (40”) square. 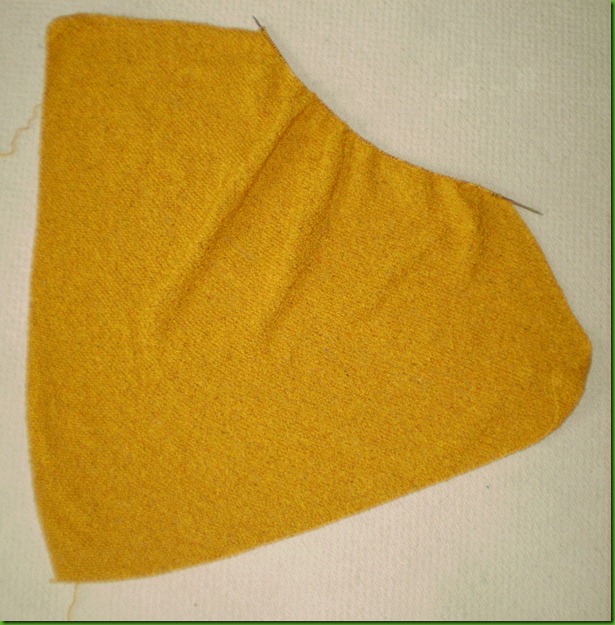 Tomorrow I am the tutor for an all-day workshop on knitting socks from the toe up. I was to have given this workshop last September but I was sick and it was postponed. I thought the tutorial notes was ready to go but on Wednesday I decided to completely re-write them for people who prefer stitch by stitch instructions – a most welcome suggestion from D. who reminded me that people would take the notes home but may not look at them for days, weeks or even months! So I have not written a pattern per se, I have written step-by-step notes, a tutorial in words.

I have also added notes for every row of the heel on how many stitches there should be on each needle so that participants will know immediately if they have gone wrong and ask for help then and there! When they are at home, they will only need to correct that row (assuming that they checked their stitch count at the end of the previous row).

The tutorial notes come to fourteen pages – I have written them for people working on 5 dpns, 4 dpns, two circulars or one circular. There are two appendices: one for the cast on and one for the bind off, both being used with permission from their original authors.

Apart from re-writing the notes and emailing back and forth with my two test-knitters/assistants (thanks C. and D.), I have test-knitted a sock using each of the four methods. Top row (left to right): 5dpns, 4dpns; bottom row: 2 circulars, one circular. 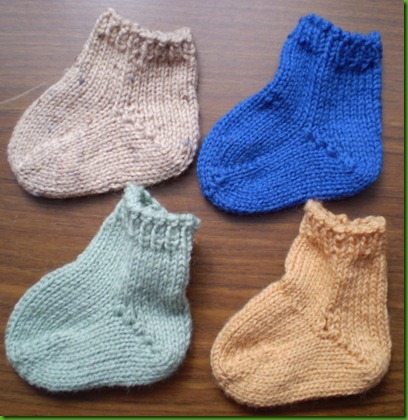 Do you know it is really hard to test-knit a pattern? One has to forget what one knows or assumes to be right and actually read the instructions! Who’d a thunk it?
Posted by Lynne at 12:32 pm