First sock finished second of January (I had a stomach bug so was at home in front of the television alone for most of the day). 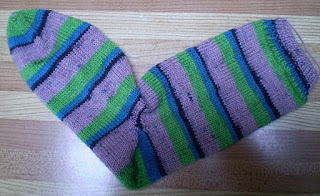 Mum admired the sock, tried it on and it fitted! So the socks will be hers.

Second sock cast on 3rd January, heel turned last night. The colours in the photo below are more accurate. 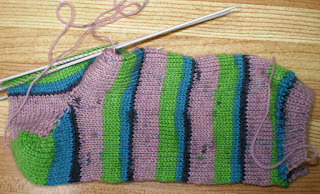