In Australia, the first day of any season occurs on the first of the month.

Today is officially the first day of spring.
A couple of weeks ago, I showed you photos from our garden. The wonga wonga vine, an Australian native, was in bud.
Many of those buds are now flowers and the vine looks like this (I don't know why the plant on the right is flowering better than the plant on the left. 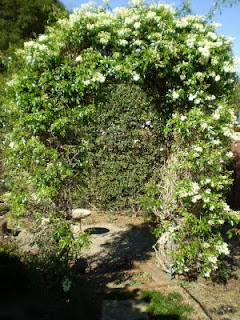 According to the Macquarie dictionary,"wonga wonga" is of Aboriginal origin but I have not been able to trace its meaning! 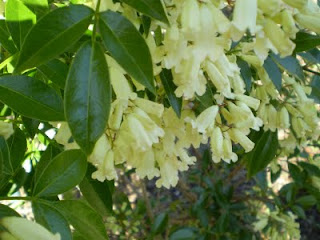 However, according to MacMillan dictionary (and others), "wonga" is (or was) an English slang term for money! 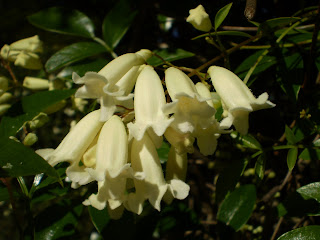 However this plant got its name, I hope you've enjoyed the pictures of the flowers! 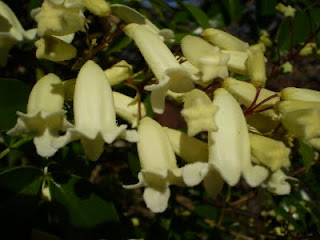