Last weekend, I had some time sewing time so I decided to use up the rest of those half square triangles (HST) I cut out at the previous week's workshop.

I found seven more ways to put them together. Actually, I found eight ways but one alternative didn't inspire me at all so I chose not to make that one. Here you can see all twelve sample blocks (including the five I showed last time). 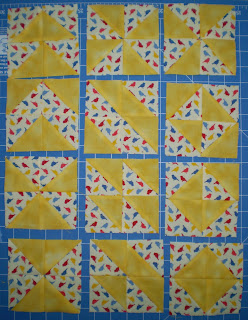 This one is apparently called "love letters". 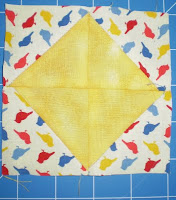 This one looks like a bird or an aeroplane. 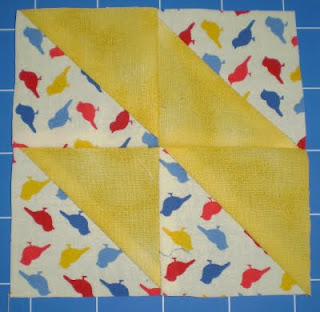 This one looks like a headless angel with outspread wings! 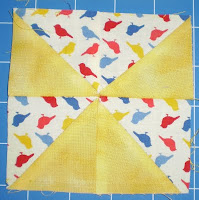